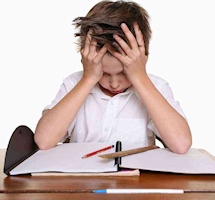 The NIMH funded the Multimodal Treatment of Attention Deficit Hyperactivity Disorder (MTA) study. It was a study of several treatments for almost 500 children with ADHD, including

The One Year Results

In 2007, Jensen and a team of researchers (Jensen et al., 2007) explain that the 14 month results of the study showed the following:

This seemed to indicate that medication was the most effective treatment, and thus should become the standard treatment for ADHD.

At 36 months, the results seemed to have changed:

This has caused a great deal of debate:

How could researchers and experts draw two completely different conclusions from the same study?

This is a serious problem. Imagine for a moment that you are a researcher testing a new treatment for some health issue, and you believe it is better than the standard treatment:

Alternately… suppose that at the end of the study there was no difference in health status between the two groups. What would explain this?

This would be a problem.

Thus, having half the sample switch groups is a serious problem… and there really is no way to fix it.

In 2009, Molina and a team of researchers published a follow-up study (Molina et al., 2009), and reported on the results of these children/teens (over 400 stayed in the study) after six to eight years.

They found, overall, that all children with ADHD (regardless of the type of treatment they received) continued to show lower adjustment than non-ADHD peers from the community. For example,

Nonetheless, they found that the children/teens fell into three groups:

The authors provide a few points they believe can clearly be concluded from the study:

In short, they conclude that asking “Is medication better?” is not really important. What is important is that our most effective treatments do not really resolve the problems associated with ADHD.

The findings of the MTA Study are consistent with those of other studies.

For example, Powers et al (2008) followed 90 ADHD children for nine years, and compared them to a diverse sample of 80 non-ADHD children. They examined

Of note, most of the medicated group had been taking medications consistently for 5 years. They found several interesting things:

The authors note that the numbers vary, but conservative estimates indicate 20-25% of ADHD children also are diagnosed with a learning disorder. Thus, medication likely helps with the ADHD symptoms, but could not be expected to completely close the achievement gap because medication could not compensate for a learning disability.