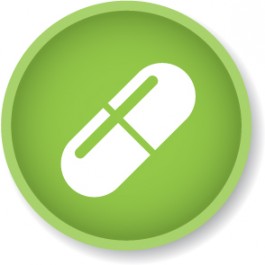 The AACAP has offered several recommendations for treatment of ADHD (Pliszka, 2007):

Ritalin (methylphenidate) was developed in 1954 by Leandro Panizzon, a Swiss chemist (read more about the history of ADHD). He created it for his wife Marguerite (Rita) who had low blood pressure; the drug helped her prepare for tennis competitions. In the 1940’s, certain doses of stimulant drugs were shown to impair attention and focus for some people, but paradoxically were shown to improve attention and focus for other people. Today, for people with ADHD, stimulants like Ritalin appear to increase vigilance, verbal learning, and memory in a general way; however, they appear to improve functioning in these areas by increasing the length of time the person can spend attending to information without distractions.

As for risks and side-effects, there have been many debates about prescription of stimulants, and people often argue based on feelings more than facts:

Some raise concerns about stimulant use because they believe that stimulants create many negative side-effects. These include:

Many claim that stimulants like Ritalin do not bring about improvements for people with ADHD. This is not true. Stimulant treatment is associated with many improvements in functioning, including better school-based productivity (Famularo and Fenton, 1987), better scores on academic tests (Biederman et al., 2004), and better self-esteem and social functioning. Of note, studies have shown that many ADHD children have comorbid learning disabilities. Thus, medication could not be expected to compensate for a learning disability (Bergman et al., 1991; Faraone et al., 1993) or magically teach a child all they have missed in school because of their learning disability. However, stimulant treatment combined with educational intervention may be helpful.

Stimulant medication has not been shown to be equally effective for all clients, however. Approximately 30% of ADHD patients do not respond to stimulant medication (Biederman et al., 2004). Some have argued there may be multiple causes of ADHD, and so the problem is not the failure of stimulant treatments but rather our failure to understand and accurately diagnose types of ADHD. Other medications have been used for those who do not respond to stimulants:

Famularo, R., & Fenton, T., (1987). The effect of methylphenidate on school grades in children with attention deficit disorder without hyperactivity: a preliminary report. Journal of Clinical Psychiatry, 48(3), 112-114.