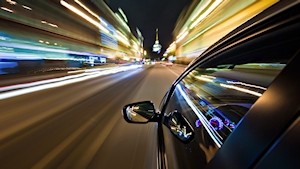 There are still some professionals who doubt that ADHD is a “real” disorder, and cite poor parenting practices, for example, as an alternate explanation for the attentional and behavioral problems of ADHD children. However, many, many studies over the last 30 years have consistently shown that both teens and adults with ADHD show difficulties driving. None of those who doubt the diagnosis of ADHD have offered plausible explanations for how parenting practices in young children can affect driving skills 10, 20, or 30 years later. Thus, the data on driving is worth examining carefully.

Studies of ADHD and Driving

Barkley and Cox (2007) review and summarize the research on ADHD and driving:

Why would people with ADHD show such driving problems? Part of the answer is driving judgments.

They use a sample of 83 drivers, with half meeting criteria for ADHD since childhood, 54% being male, and the average participant’s age being 30-35 years old (they note that most studies use younger drivers, under the age of 30, and so they sought a slightly older sample of drivers for their study).

The researchers found that drivers with ADHD reported more errors and lapses in attention than drivers without ADHD, especially with male drivers and with younger (18-25 years old) drivers. Drivers with ADHD were significantly more likely to report, for example,

The authors interpreted this to mean that older drivers with ADHD have made (or, given that the data is self-reported, believe they have made) adjustments to their driving. More specifically, they reported greater adherence to driving laws and better driving judgments.

Some would note that anyone with a psychiatric diagnosis is more likely to have accidents. Studies show that drivers with psychiatric conditions, including those with anxiety and depression, are as much as six times more likely to have accidents when compared to drivers without a diagnosis. However, drivers with ADHD have the highest risk of all, (Barkley et al., 2005) and this has been repeatedly shown since the 1980’s (Barkley et al., 2005 cite Hechtman, Weiss, Perlman, & Tuck, 1981).

Aduen et al (2014) reviewed driving records of 3000+ adults from six major US cities. Participants were recruited through probability sampling for the Strategic Highway Research Program 2, and driving information was obtained in two ways:

The results were interesting:

Fischer et al. (2007) followed 147 drivers with ADHD and compared them to 71 drivers without ADHD. The ADHD drivers had been diagnosed between the ages of 4 and 12 years old at an outpatient clinic at the Milwaukee Children’s Hospital. The researchers followed them into their teen years (over 70% continued to meet all diagnostic criteria for ADHD into their adolescence). Most (92%) were not taking ADHD medication during the study. The average age of drivers in both groups was 21 years old:

In one study (Barkley et al., 2006), researchers interviewed over 100 drivers (just over half did not have ADHD, just under half did have ADHD) about their alcohol use. Consistent with past research, they found that drivers with ADHD reported more accidents and tickets for traffic violations. However, they also found that adults with ADHD reported using more alcohol than their peers without ADHD, and as their alcohol use increased, so did the number of accidents and tickets.

For the study, they divided drivers (average age 29-33 years) in three groups:

After consuming their drink, participants were given an attentional task, and then placed in a driving simulator. The researchers compared drivers with and without ADHD in all three conditions:

Weafer et al. (2008) note that in this study, drivers with ADHD did not take their stimulant medication. Some might argue that as a result the study does not reflect how drivers with ADHD function when actually driving. However, the researchers make two points:

Thus, these findings likely do reflect actual driving conditions. And on the topic of medication and driving…

Medication for ADHD can also be of great benefit when driving.

Why would the researchers do this? It’s possible that there is a practice effect. People who used the driving simulator once might show better driving skills the second time they use it because the first time they drove served as practice.

The researchers did something else of note in this study. They made this a double-blind study, which means two things:

The driving test was given during the day, and a range of variables were monitored:

While many studies of drivers with ADHD use driving simulators, Barkley et al., 2005 note that Cox conducted a similar study using teen drivers (16 to 19 years old) on an actual driving task (16 miles of rural, highway, and city road driving approved by the Virginia DMV for assessing driving competence). These teens drove with observers in the car who watched their actual driving. Cox and colleagues found similar results, in that small doses of stimulants could produce significant increases in driving performance.

Over the past 30+ years, the research has consistently shown that both teen and adult drivers with ADHD are at two to four times the risk of committing traffic violations and experiencing auto accidents. Largely this is the result of poor judgments, poor adherence to the rules of the road (especially in drivers under the age of 40), and more variable control of the car while driving. However, teens are at a much higher risk of injury and even death as a result of an accident. While alcohol use causes impairment for all drivers, both small and large doses of alcohol cause significantly greater impairment for drivers with ADHD. This appears to be the case because these drivers are prone to underestimate the impairment of alcohol before they drive, as well as to show more variable control of the car once they start driving. Small doses of stimulant medication have been shown to significantly improve driving performance. However, most people with ADHD are not prescribed stimulants, while those are prescribed stimulants may not take them regularly. This is especially of concern with teen drivers, who are more likely to drive on weekends when they are more likely to have skipped taking the medication, or at night when the effects of the medication have worn off. There are some online resources at the end of the article for parents who are concerned about their teen drivers, including tips, examples of driving agreements and contracts, and ways to minimize distractions while driving.

Barkley, R. A., & Cox, D., (2007). A review of driving risks and impairments associated with attention-deficit/hyperactivity disorder and the effects of stimulant medication on driving performance. Journal of Safety Research, 38, 113–128.