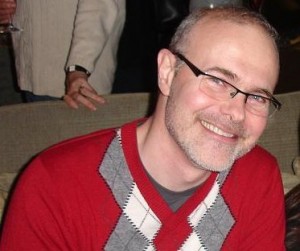 If you want to know more about Dr. Niolon….

I began practicing in Chicago in 1994 at Cook County/Stroger Hospital. After finishing my Ph.D. from Saint Louis University in 1997, I worked in private practice for several years, and was the director of training for a downtown Chicago practice for four years. There, I supervised students, offered individual and couples therapy, and conducted individual and family evaluations. Some of these were child custody evaluations, while others were “bonding and attachment” or “parental capacity” assessments of under-served ethnic minority families.

I have a private practice in downtown Chicago where I work with gay and straight individuals and couples, both in the traditional theoretical models (e.g., Bowenian and Strategic Therapy), as well as newer research-based models (i.e., Gottman’s Sound Marital House). Couples work is my passion and primary scholarly interest, including issues associated with cohabitating couples, divorce, remarriage after divorce, and domestic partnership rights.

PsychPage began as a hobby of sorts in 1995. At first it was a place to put class notes and such for my students. As time went on it became a way for me to share psychological knowledge with the general public… remember that back then we didn’t have anything like what Google is today. I added more and more notes, explanations, excerpts from research… and it just grew to be a bit out of control. I’ve tried revising the site three or four times, but never quite finished because of the time it took…

In Spring 2010, I began planning one more revision. I would move everything to WordPress, which would allow for tagging, categories, discussion, etc… and just a more sophisticated site structure than I would have been able to build on my own otherwise. I had to move my site to a new server, learn a lot about how WordPress works, personalize a site theme, cull the content, and start an upgrade to all the information posted. After several months of planning… you can see the first post (Welcome to PsychPage from August 2010).

I am still moving things from the old site into WordPress, updating, referencing, spell-checking, etc… as I do, as well as slowly adding new content. Not surprisingly… it took me several months after moving to WordPress to get to the “About Me” page!