What is a Learning Disability?

What is a Learning Disability? 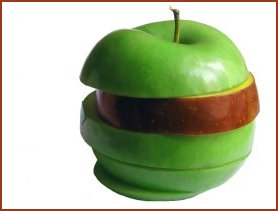 Some History Of Learning Disabilities

Children with Learning Disabilities used to be diagnosed with “minimal brain dysfunction.” Testing could indicate that children showed some neurological difficulties, but they varied from child to child in unpredictable ways. Differences in the sizes of the two halves of the brain, in the patterns of blood flow to the brain, and in the nerve impulses to the brain were often seen. Sometimes children were diagnosed as having “Perceptual Deficits”. However, efforts to increase hand-eye coordination and visual scanning skills did not work.

The term Learning Disability actually was coined in 1963 here in Chicago by Dr. Samuel Kirk. He was a psychologist who had worked extensively with parents of children who had “minimal brain dysfunction,” or “strephosymbolia” (they reversed and made other errors in their letters). He suggested to parents that they should throw out these unwieldy terms and start referring to their children as having a Learning Disability. This term was very useful for a number of reasons:

Rates of LD have varied across the years:

For children, Learning Disabilities today are seen as an information processing problem.

We may be overdiagnosing LD, but it is also possible that we are simply more aware of it when we see it, better able to test and assess for it, and have better attitudes toward it, so that parents of LD children and the children themselves no longer have to try and hide it.

As you can see, the definitions have changed over time but aren’t all that different. Typically, several factors are required to diagnose an LD:

It’s worth noting that Sternberg strongly disagrees with such definitions. He offers that we assume an LD is an “internal” condition, when the reality is that it is socially constructed. He points out that there were no reading disabilities in preliterate societies, but any of us could show “hunting disabilities” which would make us disabled in those societies. Likewise, different languages use different ways of communicating – tones, words, gestures – with different kinds of irregularities – letters with multiple sounds, verbs that are conjugated in illogical ways – and so a child lacking in some skilled might be seriously disadvantaged in one place and not at all in another.

What Makes Learning So Hard?

Think about the process of reading. The smallest unit of speech sound we process is called a phoneme. The word “TALE” has three phonemes; T A and L, so three sounds. Reading the word “tale” requires two steps, and then four more:

This also means there are three areas of phonemic processing that could be flawed too:

This is a lot of work to be doing on-the-spot, especially if those around you do it faster and without even thinking about it.

IDEA stands for Individuals with Disabilities Education Act. Children, teens, and young adults 3-21 are entitled by Federal law to special educational considerations as needed. This is determined through an Individualized Education Program or IEP. It is a special plan for that child which takes into account their own unique strengths, weaknesses, and educational needs. Section 614(d) of IDEA defines “Individualized Education Program” as “a written statement for each child with a disability that is developed, reviewed, and revised in accordance with this section” which includes the following:

How Can You Spot An LD?

LD children do not show the behavioral and adjustment extremes that Emotionally Disturbed children do, and likely learn more and improve after educational interventions.

Classroom – Watch for the following:

This is a complex area that has been full of false starts and revolutionary interventions that failed miserably. Social deficits are of course sometimes present, sometimes not, sometimes pervasive, sometimes not. Supportive parents, teachers, and mentors can make a big difference for children. Teens can benefit from strategies and metacognitive approaches to help them organize their work and studying, play to their strengths, and specific ways to overcome weaknesses. Integrative learning strategies help learning, as well as self-regulation and control. Adults are more difficult to help. They tend to have found many ways to overcome their weaknesses often, and so finding them is sometimes hard. Of course, others are not successful and have many problems, meaning that their LD may be in plain sight but you don’t see it because they are depressed, unemployed now (and Wong notes that some studies show LD adults are more likely to be “let go” during an economic recession or company financial cuts), and their spouse is mad at them.

Below are some examples of accommodations for students, but they can be applied to work settings for adults in many ways:

The research is also pretty clear on outcomes for LD children. LD children who were successful showed four qualities in their families:

Put this way, some of what parents do for their successful LD children has nothing to do with education, and more to do with advocating for the child.

Previous research has shown children with LD were more likely to report depression. Stevenson and Romney (1984) found that 14% of LD children age 8 to 13 showed signs of clinical depression. Wright-Strawderman and Watson (1992) obtained a higher estimate of 35.8% of LD children age 8 to 11. The research has been confused in that some LD children do poorly in school, and thus are LD and underachieving, while others do well in school, and thus are only LD and not underachieving. The poor achievement may be the key factor in depression. More modern research shows that LD children who have a strength or skill in a non-academic area develop “non-academic self-esteem.” they feel a sense of pride and accomplishment, and receive the respect of their peers. These children do not show self-esteem and social problems even if they are LD.

Other children show few strengths, and don’t have a non-academic area in which to excel. They show the social problems much of the research has shown. They may cut off peers in conversations, miss turn-taking cues, and have little ability to engage other children in peer-appropriate discussion and play. Often they make poor choices. While they may be able to say which choice is better when the sit and think with you about it, when in the real situation, they act without thinking and only later see they made a mistake. There is some research to indicate that teaching specific problem-solving strategies can help them, as well as articulating social rules for them to follow. In other words, their can develop good social skills, but may need extra time to do so.

For more information, see Resilience Elements in Students with Learning Disabilities 2002, by Miller, published in the Journal of Clinical Psychology, volume 58, issue 3, pages 291-298