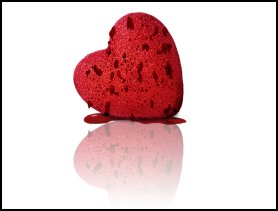 Marriage is the only war where
you sleep with the enemy.
Gary Busey

What Do We Know About Infidelity?

Some stats on infidelity:

Glass offers there are three kinds of affairs:

How Does A Couple/Person Recover After An Affair?

Some argue that depression and bereavement is the most critical emotion to face in recovering from infidelity. For the faithful partner, it may be easier to focus on feeling betrayed by the unfaithful partner. While this is a normal and quite understandable reaction at first, staying “stuck” in this place with this emotion can prevent the faithful partner from moving on to an even more painful and critical realization. The relationship the faithful partner thought they had never was what they believed it to be. At that point, faithful partners can feel even more betrayed, ashamed, or exposed, and can believe the therapist is blaming them for the affair.

Therapists should begin with some basic steps:

Telling The Story of the Affair

This is a joint process during the middle and ending phases of therapy, initially focused on the unfaithful partner explaining the what, when, why, and how of the affair. This takes some preparation and so too many details at first is not good, especially as lies are likely to be uncovered. However, a staggered disclosure of “a little here” and “a little there” over time is more likely to be harmful than an “all at once” approach over a few sessions. The therapist should get only the basics at first, and once a safe place is created in therapy, allow the couple to get into the “dirty details.”

The analogy is use is of a garden. Some gardens have weeds, not because they were intentionally planted there by the owners, but because the owners neglected the garden and didn’t do the things they should have done to care for it. Thus, affairs happen in neglected marriages, and the couple must be responsible for the neglectful maintenance of their marriage. However, the decision to plant poison ivy is one person’s decision, not the couple’s decision, and the one having the affair must take sole responsibility for that. Therapists have to be careful that they do not blame the faithful partner for the affair, but if the marriage had deteriorated prior to the affair, which usually is the case, the couple together must hold some responsibility for that and for changing that if the relationship is to move through the injury of the affair to a more adjusted and healthy place.

Glass offers a couple of other ideas for therapy like:

I would offer establishing “safe” people with whom the faithful partner can discuss the affair. The faithful should get first say over this, but should not disclose the affair details to the unfaithful partner’s mother, for example, or the children in the family. While faithful partners may choose to confide in their own sibling or parents, they should realize that this is not likely to make family gatherings a peaceful place ever again should the relationship survive.

Glass says 38% of couples remain separated at the end of therapy, and so therapy reconciled the relationship in at most 62% of cases…. meaning therapy may have a 2 in 3 chance of working, at best. The couple is more likely to end the relationship before therapy is over is the affair was ongoing during therapy, if the affair was a combined type, or if the affair was an emotional one for a male partner. Therapy is also less likely to be effective if both partners were having affairs, and there was little commitment to repairing the marriage at the start of therapy.

One question often debated is whether an “online affair” or “internet affair” or “cybersex” is as harmful as a “real world affair” or “offline sex” in which the partners physically meet. Schneider (2000) conducted a qualitative study of 94 people who had a partner engaged in an online affair. She found several interesting results: