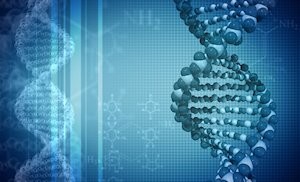 What we know is that ADHD is associated with problems in dopamine receptors, or the neurons in the brain that respond to the neurotransmitter dopamine. There are five kinds of dopamine receptors (that have been identified) in the brain, and five genes (that have been identified) that code for the construction of these neurons. These kinds of neurons are simply numbered D1 through D5, and the associated genes that code for building these neurons are simply numbered DRD1 through DRD5.

Chang et al (1996) studied genetic samples from 36 populations around the world and found:

Farone et al (2001) review the literature and report, based on 22 studies with over 2800 people with ADHD and over 4600 people without ADHD, that these studies support that people with the DRD4 7R allele are more likely to have ADHD. Further, Farone et al categorized these studies according to the different methodologies, or different ways to recruit participants and identify their genes. The results do not appear to be based on methodology. Thus, the link between ADHD and the DRD4 7R allele is solid, and is not a link that is shown only when scientists conduct the study one way and not when they conduct it a different way.

Interestingly, Krämer et al. (2009) note the D4 dopamine receptor is important in inhibiting activity in the pre-frontal cortex, and inhibition is a problem in ADHD. They asked a small group of people with the DRD4 4R (10 people) and DRD4 7R (10 people) alleles to perform a “Go/No-go” task. For this kind of task, participants respond under certain conditions (for example, press a button on a keyboard when they see a “V” on the computer screen – the “Go” condition), and do not respond under other conditions (for example, do nothing when they see an “5” on the computer screen – the “No-go” condition). The task can be made more easy or more difficult:

Participants with the 4R allele were just as accurate as those with the 7R allele when the task was simpler. However, as the task became more difficult, the 4R group became less accurate in their performance. While they responded just as quickly and made just as many errors (they did press the button when they should not have done so), they responded correctly less often (they did not press the button when they should have), indicating they had more difficulty paying attention to the task.

While this was a small study, Krämer et al. note that the results show that a specific form of the gene can be linked to different patterns of behavior and performance. This strengthens the argument for a genetic cause for ADHD, as well as for a complex genetic cause in which different genes and combinations of genes could produce different behavioral (more impulsive behavior with the 7R allele) and cognitive symptoms (more inattention with the 4R allele).

While Krämer et al. focus on the 4R allele, other studies have focused on the 7R allele. Settle et al., (2010) note that the DRD4 gene has been associated with the brain’s reward system (for everyone, not just for people with ADHD). This means the dopamine receptors tied to the DRD4 gene are associated with seeking sensation and novelty to feel excited, and avoiding monotony to to avoid feeling bored. The 7R allele especially has been linked to these traits in many studies, but not in all student of the gene. However, they note that behaviors like sensation-seeking are shaped by genes as well as by the environment and social setting. Thus, people with the 7R allele might seek stimulation by associating with people who hold a wide range of different beliefs, and so might tend to be more politically liberal. Thus, the 7R allele might support holding more liberal political beliefs and having more friends, but would not determine beliefs or friendships.

To test this, they studied genetic profiles of people who participated in the National Longitudinal Study of Adolescent to Adult Health (Add Health). The Add Health study collected a nationally representative sample of over 90,000 people, and followed them from adolescence (age 13 to 15 years) into young adulthood (age 24 to 32 years). As part of the Add Health study, researchers surveyed/interviewed participants four times over a 13 year period about their adjustment and the development of their relationships, personality, and political and spiritual beliefs. As part of the study, they also collected some genetic samples, allowing Settle et al. to identify about 1000 people with the 7R allele and about 1500 without it for their study.

As expected, Settle et al. found that having the 7R allele was not significantly associated with the number of friends a person has, or with the political beliefs a person holds. However, having 10 or more friends during adolescence was associated with being more likely (by 40%) to hold more liberal views in young adulthood, but this held true only for people with the 7R allele. There was no relationship between friends and political beliefs for those without the 7R allele.

The authors are clear that, as they expected, results do not show that the 7R allele determines political beliefs or number of friends. Rather, for people with the 7R allele, having more friends supports holding more liberal political beliefs. While not a study about ADHD, the Settle et al. study strengthen the connection between genes and behavior (in a social context), and show a link between genes related to ADHD and behaviors associated with ADHD.

The DRD4 Gene in Other Cultures

The DRD5 gene likely is also related to ADHD. Li et al (2006) explain this gene contains 2031 pairs of nucleobases, and there is a particular set of 148 base pairs that can be repeated. They found that it was strongly linked to ADHD (based on nine studies). There is also a particular set of 136 base pairs on this gene that can be repeated, and repeated sections seems to confer a protective effect (based on three studies), in that children with that allele were less likely to have ADHD even if other family members did. Thus, while there is a good deal of research on the DRD4 gene and alleles, there likely are other, perhaps many, many other, genes that work with the DRD4 gene and lead to ADHD.

Thus, this kind of research does not show exactly which genes cause ADHD, but it does show that the genes we know are involved in the problems associated with ADHD are more common in people with ADHD.