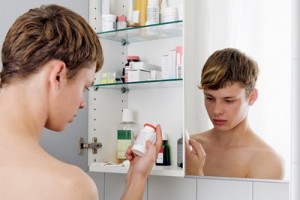 Some have worried that by giving stimulant medication to children and teens with ADHD, we increase their risk to abuse substances in adolescence and adulthood. However, there really is no research to support this, and in fact, long-term studies of those with ADHD show the exact opposite.

Do Stimulants Increase Risk for Substance Abuse in Adolescents?

Biederman et al (1999) studied a sample of over 200 Caucasian boys who were at least 11 years old. They followed them for four years (meaning all were at least 15 years old at follow up). The sample was divided into three groups:

Four years later, they studied these teens again. They interviewed the teens and one of their parents (separately) about the teen’s substance use, with particular attention to signs of problematic use. This would include, for example, increasing use of substances over time, frequent intoxication, increased tolerance to substances, withdrawal, substance abuse treatment, decreased school performance because of substance use, and physically dangerous behavior while intoxicated.

First they examined whether the source of participants (psychiatric clinics versus the larger community) and age were related to substance use levels. They found these were not, and so the small differences in age and recruitment source were not important. As a result, they compared the three groups and examined the rate of problematic substance use:

They included alcohol, marijuana, hallucinogens, cocaine, and stimulants in the figures above. However, they note that in 80% of cases, the substance used was primarily alcohol. As a result, they did not have enough participants who showed problems primarily with drugs to run multiple statistical analysis for the type of drug. However, they do report the percentages of drug use in the three groups:

Biederman and colleagues published a follow-up study in 2008. They were able to contact many (80%) of those with ADHD in the above study, and again interview them as well as one of their parents:

More data is available in the online version, where they report a few more findings:

Thus… the prior study showed much higher rates of problematic substance use in adolescents with ADHD who were not treated with stimulants. It seems that by the time these teens reached their 20’s, their use of substances had decreased to normal levels. However, they still showed much greater risk of emotional, behavioral, and academic problems.

Does It Matter When Stimulants Are Prescribed?

They began the study in 1970 when the boys were aged 6-12 years, and followed them into adulthood, evaluating them again at age 18 and 24 years:

In other words, those with ADHD who started medication after age eight years were at a 50% greater risk of developing a substance abuse problem. The researchers wondered whether this was the result of the stimulant medication, or perhaps might be due to some other factor:

In other words, it seems that those with ADHD who started taking stimulants after age eight years were at a greater risk for developing behavior disorders, like Antisocial Personality Disorder, and as a result of their behavior disorders theywere more likely to abuse substances.

Taken together, these studies do present a consistent picture. Based on three studies of over 500 boys followed for 10 to 12 years:

Wilens et al (2003) identified six studies that followed medicated and unmedicated people with ADHD for at least four years (the 1999 Beiderman study was one of them), for a total of 1,000 participants:

Given the addition of the second Beiderman study and the Mannuzza study, we can summarize as follows:

In conclusion… the majority of studies show that prescribing stimulant medication to children with ADHD does not increase their risk for any substance abuse problem, much less stimulant abuse.