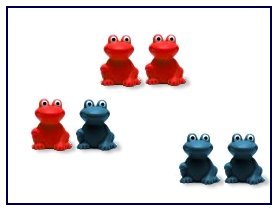 And it came to pass, when he had made an end of speaking unto Saul, that the soul of Jonathan was knit with the soul of David, and Jonathan loved him as his own soul.
And Saul took him that day, and would let him go no more home to his father’s house. Then Jonathan and David made a covenant, because he loved him as his own soul.
And Jonathan stripped himself of the robe that was upon him, and gave it to David,
And his garments, even to his sword, and to his bow, and to his girdle.
–1 Samuel 18: 1-4

The study of healthy gay couples really did not begin until 1984, with McWhirter and Mattison’s book The Male Couple. They interviewed 156 gay couples from the community who had been together for anywhere from a year to 37 years about how they met, lived, worked, and formed a relationship. Healthy studies of gays and lesbians really seem to have flourished after than. What we know about gay and lesbian couples isn’t that much, and it seems to become more and more out of date with each generation.

Green and Mitchell discuss five areas of knowledge you’ll need to know about to provide services for same-sex couples.

1) Homophobia — This relates to the experiences of most gays and lesbians that there is considerable prejudice in society. Sometimes the term heterosexism is used instead to describe this, but both terms relate to experiences of prejudice, or of comparing gay and lesbian couples to standards based on heterosexual couples and finding the gay and lesbian couples are lacking. This typically comes into play in a number of areas:

While it might seem that this study is outdated, consider that the experienced medical doctor you see today was trained when this study was conducted.

The court system does little better, with a 2001 study by the Judicial Counsel of California indicating at 56% of gay men and lesbians surveyed reported experiencing discrimination in the court system, such as anti-gay comments, and pressure to reveal their sexual orientation. Riggle and Rostosky recommended that effective therapists should be aware of the number of “soft spots” that increase stress and discrimination with same-sex couples. They recommend advance planning for emergencies, including financial and medical problems. This entails a will, which is common and 53% of married people but only 37% of same-sex couples. This also requires a power of attorney for both financial as well as medical decisions, which is common in 45% of heterosexual couples but only 32% of same-sex couples. Of particular importance is a living will and hospital visitation authorization; 100% of heterosexual married couples obtain this automatically, but same-sex couples must create is, and only 11% of them have.

It may also influence beliefs about monogamy, as well as family and community support that are relevant to the long-term chances of success for the relationship. Riggle and Rostosky suggests several ways to deal with internalized homophobia, including direct efforts to “dispute, deconstruct, and subvert” homophobic views and place them in a social context; support for social activism and personal power through activism; and connection with mentors and role models.
Green and Mitchell suggest this can be seen when there are arguments, sexual problems, and depression. This makes sense from what we’ve read, as a lack of rituals of connection, templates for the relationship, a social focus on what’s wrong with same-sex couples, and appropriate gender roles can all increase and maintain conflict in the relationship. Irrational beliefs about monogamy and long-term satisfaction in monogamous relationships can create more anxiety and difficulty when discussing sexual desire, frequency, and needs for intimacy.

3) Outness — This relates to the degree of openness that gay or lesbian individuals or couples show regarding their lives to their family, co-workers and employers, peers, and community. It is not uncommon to be more “out” in one setting than in another, or for one member of the relationship to be more “out” than the other.

4) Intimacy — Green and Mitchell use the term “ambiguous commitment” to describe same-sex couples. Personally, I don’t like this term, as an “ambiguous commitment” seems focused on internal and unstable aspects of the relationship, and does not capture the different social external reality for gay and lesbian couples. While gay and lesbian couples experience the same level of intimacy that heterosexual couples do (see for example Kurdek’s and Gottman’s work), there are a number of complicating factors to consider:

To this I would add several other areas:

Gay and lesbian couples often have to engage in additional negotiation and planning in every one of these areas to assure things go well.

5) Internal and external boundaries — External boundaries are not reinforced by the community, and so are harder to maintain. Boundaries internal to the community may be difficult as well, as same-sex couples typically maintain connections to friends and ex-lovers, and have more dense social networks, which may appear enmeshed to outsiders.

Related to outness and intimacy is the issue of “family.” Green and Mitchell recommend conducting a Sociogram to diagram the “family of choice,” or the family connections gays and lesbians construct. This includes concentric circles, with a couple at the center, two or three very close friends around that, other support systems around that, and community and extended sources of support after that. This support network is evaluated based upon several factors, including:

They expect that 8 to 12 people in the “family of choice” are adequate. Efforts to add additional people may take a year or more, and require an active role in adding people, increasing the functions they serve, and developing new connections between them. This also means distancing from family of origin at times, so that you can spend holidays and such with the family of choice.

LaSala (2000) argues from a Bowenian perspective that gay and lesbian couples who are not “out” to their families of origin should be open about their relationships with their family. Otherwise, they risk poor differentiation and fusion, emotional cutoffs, and poorer adjustment.

Green (2000), however, harshly criticizes this approach, arguing that most gay and lesbian couples derive support primarily from their “family of choice” as opposed to their biological family. Further, pressuring a couple to be open to their biological family may expose them to rejection and emotional trauma unnecessarily. Given how easy it is to expect acceptance from the family for heterosexual couples, it is not as difficult for heterosexual couples to be open about their relationship to their family. Assuming the same for same-sex couples is heterocentric. Green offers that same-sex couples are able to make solid decisions regarding the benefits and risks of being open with family, and that therapists can trust the couple’s judgment.

Rostosky and colleagues (2004) conducted a qualitative study of 14 same-sex couples regarding how “open” they were with their families. While the 11 described positive support from at least one family member, 11 also recounted negative experiences with at least one family member, with eight describing anger and hurt. Six specifically said that the lack of family support had a negative impact on their relationship. Six reported accepting the lack of support, but six reported hiding aspects of their relationship to avoid it.

Green and Mitchell still recommend conducting a traditional Genogram of both members’ family of origin. This support network is evaluated based upon several factors, including:

Many have argued for and against gays and lesbians only receiving services from other gays and lesbians. It’s not that being gay includes the necessary and sufficient knowledge to provide effective services, but rather that it provides a cultural frame of reference that is very hard to duplicate otherwise, especially as prejudice comes up frequently even in modern research. Bowers and Bieschke (2005) published a study that found, consistent with previous research, that heterosexual male therapists were more likely to view gay and lesbian individuals in negative terms, and even to rate them as being at a greater risk for violence and aggression.

Riggle and Rostosky suggest that for heterosexual therapists, if you would be uncomfortable seeing a GLBT couples therapist for your own relationship then you’re probably not ready to see gay and lesbian couples for therapy for their relationships. They also mentioned the American Psychological Association Guidelines for Psychotherapy with the Lesbian, Gay, and Bisexual Clients as a good resource to guide your work.

For many therapists, the issue of non-monogamy is most difficult. Berger (1980) found that 96% of the 83 couples she interviewed were monogamous, although studies conducted before and in the early days of the AIDS crises showed lower numbers. Duffy and Rusbult (1986) asked gay, lesbian, and straight couples about their longest relationship and monogamy:

Clearly, 30 years ago non-monogamy was something considered by both straight and gay/lesbian people. However, studies of gay and lesbian couples typically have not asked about infidelity (sexual experiences outside the committed monogamous relationship), but rather only non-monogamy. Heterosexuals can have clearly monogamous relationships (and marriage often is), and so asking about monogamy without asking about infidelity leaves out quite a bit. Given that 15% to 25% of straight women and 20% to 50% of straight men admit to having extra-marital sex, the differences between monogamy in gay men, lesbians, and heterosexuals are likely rather small.

Thus, you will see mostly the couples with problems. How do you help them? There are few clear areas that can be opened for discussion:

There are of course a number of additional areas that Green and Mitchell did not discuss: