What’s the Difference Between Couples and Individual Therapy?

What’s the Difference Between Couples and Individual Therapy? 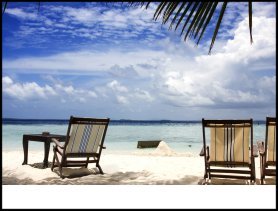 Some look at couple and family therapy as primarily problem-focused (or tertiary prevention), while others see it as prevention-focused (primary or secondary prevention). Thus, working with parents to help them work collaboratively to gain control of teen acting-out behavior is a problem-focused intervention for that couple. However, it is a prevention-focused intervention for his/her 10 year old sibling, as we hope the parents will not have the same problems with the sibling when s/he reaches adolescence.

To divide these approaches even further, one therapist might work with a step-family after the teen has started to act out, and use a very problem-focused, clinical intervention. Another therapist may see the parents of the step-family for brief therapy as they prepare to move into one household, and educate them about what to expect, consult with them on what their new family life should be like and how they could shape it before they are in the throes of its development, and prepare the parents for commonly seen struggles in step-family formation. This therapist is using a much more primary prevention approach (or a kind of “inoculation therapy”).

Beyond this, there are also specific couples programs to help couples remain happily partnered and good communicators, and parent programs to improve parenting during the pre-school years and prevent oppositional and aggressive behaviors (see Pinsof and Hambright’s chapter, as well as Tolan’s chapter, in Liddle et al, 2002). These are preventative but don’t actually target a specific at-risk problem.

Below are a number of questions (and answers) about couples and individual therapy.

Who is The Client?

What’s “The Problem” and is That Really The Problem?

Suppose they divorce? Or is staying together always a success? Does it matter whether failure and success are judged from the view of the couple, or from the whole family? Is there such a thing as “divorce therapy” to help people part amicably?

How Does Therapy Work?

How often should the therapist meet with the client?

But Does Therapy Help?

How Do You Assess Couples’ Functioning?

Assessment Methods in couple therapy are varied, and range from self-report questionnaires, observational techniques, physiological readings… to therapist rating scales. Some therapists don’t use them, but most modern therapists do. Gottman can predict with 90% accuracy who will be divorced in five years based on structured interviews and some questionnaires. This may sound far-fetched, but he has collected long-term follow up data to prove his method works.

What Proof Is There That Couples Therapy Works?

This question is complex, as there are several points to consider when deciding whether a treatment works.

Part of “proving” therapy works is by predicting something and seeing if it comes true. Non-linear events do not lend themselves to statistics very well. Thus, using events at Time A to predict events at Time B may be easy to do in individual therapy. However, in couples therapy, events at Time B shape the interpretation given to events at Time A, and thus impact all future data collection (Time C).

As you can see, the research is a bit tougher to interpret. The trick in this case is not to look simply at the presence or absence of arguments, but to include the couples’ beliefs and comfort with conflict. How do they communicate key needs, wants, and feelings to each other, not just in a fight but also when there is not fight? What sense do they each make of conflict, and what from their own families teaches them that? What do they put most of their focus on – weaknesses or strengths? Thus, to know if a treatment works, you have to look at the thoroughness of the studies supporting the therapy.

Family and couples therapy is in many ways much closer to “real world” therapy than treatment models used in individual therapy studies, which is sometimes called market relevance when you start talking to insurance companies about the effectiveness of family therapy. Multicultural couples, substance abusing partners, and infidelity are more complicated than individual cases of depression. While an individual therapist may find it a positive sign that their depressed client has started playing intramural sports, a couples therapist will not much care about this if the partner is still in a controlling relationship, or with an emotionally self-destructing or insensitive partner.

A range of therapists with different backgrounds treat a range of couples with complex combinations of stressors and problems, under real world constraints of time (like only a few weeks of treatment, or couples treatment as an adjunct to another kind of treatment) and resources (like insurance or funds to cover therapy costs, or access to qualified mental health care). However, the more “real world” the treatment is, the more it differs from controlled studies that test therapy types. Thus, just because a study shows that a type of therapy is effective, it doesn’t mean it is effective for all kinds of people and when offered by all kinds of therapists in all kinds of settings. Thus, to know if a treatment works, you have to look at the complexity of the cases studied.

As indicated above, some studies show a significant difference between those who get therapy, and those do don’t. However, that’s not all there is to it. For example, consider the “corrective emotional experience” with the individual client and therapist. The goal of individual therapy is for the therapist to provide some emotional healing for the client. The goal of couples therapy is for the therapist to help the two partners provide emotional healing for each other. Thus, to know if a treatment works, you have to look at whether people are “healed” when they get that therapy, and whether these gains are kept.

So… Does Couples Therapy Work?

Pinsoff and Wynne (2000) report that family/couples therapy is better than individual therapy for treatment of:

When compared to no treatment at all, family/couples therapy is better for:

Gurman and colleagues (in Garfield and Bergin) would add “medical” disorders (like eating disorders, diabetes, and asthma), anxiety, and phobias to the list of problems that benefit more from family or couples therapy than individual therapy. Gurman and colleagues offer that, generally, about two thirds of clients in any kind of family therapy get better, which is fairly similar to the numbers gained in individual therapy intervention research. They would add more specifically that: