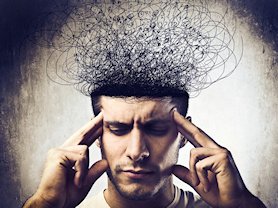 Estimates vary, but the rates of ADHD fall between 3 to 5% (APA) and 7 to 12% (CDC) of children, with 60-85% continuing to meet criteria in adolescence, and 60% continuing to meet criteria in adulthood. Some authors debate whether ADHD is a real disorder, or simply a problem resulting from poor parenting, carbohydrate consumption and food additives, learning environment, etc…. ADHD is a “real” disorder, and many professional organizations have made clear statements to this effect:

Thus, ADHD is a real disorder.

There are three groups of patients with ADHD.

The diagnostic criteria for ADHD are written for children, and so are fairly clear to use. They require the child to have six symptoms of hyperactivity out of nine, or six symptoms of inattentiveness out of nine. These symptoms must have begun prior to age seven years. Nearly two thirds of children with ADHD also have another disorder. The MTA (study as cited in Vaughan et al., 2012) showed:

The diagnosis and treatment of preschoolers is more difficult. As noted, the diagnostic criteria are written for children, and so likely fit pre-schooler behavior. However, while they may show the same symptoms as older children, their symptoms may be the result of some delay in development. The child may “catch up” with peers in a year or so, and the “symptoms” disappear. Thus, the AACAP recommends a careful and thorough assessment and diagnostic process. When the diagnosis is given, providers may recommend that the parents seek treatment, may prescribe medications for six months and then re-evaluate after a discontinuation trial.

Adults and Adolescents with ADHD

Guidelines for ADHD are written for children, and so do not match adult symptom presentation very well (Manos, 2010):

A large number of ADHD adults have a comorbid dx – commonly cited rates are below, though some studies have shown even higher rates (Manos, 2010):

Interviews with the adult; collateral interviews with coworkers, spouse, or friends; and rating scales can be useful in assessment (Manos, 2010).

Neuropsychological tests can also help; however, they may not be diagnostic. Many studies have shown that there are significant and consistently observed cognitive deficits in adults with ADHD. Hervey et al. (2004) and Willcutt et al. (2005) conducted meta-analyses, reviewing a total of 116 studies, while Kamradt et al. (2014) collected their own data from almost 300 adults:

Studies also show that there are other cognitive deficits which may be questionable; studies sometimes show these differences but sometimes do not. Kamradt et al. (2014) found that time-management difficulties (as reported by either the patient or by peers) was one of two especially good predictors of impairments in professional, personal, and work settings.

While tests of executive functioning, planning, and vigilance can identify ADHD in adults, only 30% of adult patients with ADHD score in the impaired range (Manos, 2010). Thus, diagnosing ADHD requires testing and interviewing (both the patient and those who work with/live with the patient).