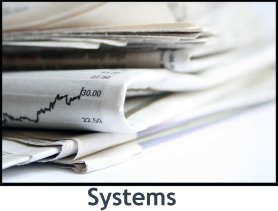 In this collection, Kalil and DeLeire begin by questioning the traditional concern with the greater significance of either parental behaviors or community resources in child outcomes. They use an economic approach to conceptualize a bridge between these two camps, as they argue both are key. Some readers might find this approach to be unfamiliar, especially with its sometimes dry talk of mathematical formulas, indicators, and “investment strategies.” However, their approach appears well-reasoned and thorough. Some readers might initially fear that an “economic approach” is contrary to a “human approach” because they believe an economic approach will focus on numbers, predictors, and outcomes, rather than real life issues and experiences. However, Kalil and DeLeire offer a thoughtful and humanizing way to integrate personal, cultural, and economic points of view to understand resources available to families, as well as the range of options regarding how parents choose to invest these resources to best raise their children.

They begin the book with four chapters focusing on parent behaviors. The first provides a solid and straightforward review of “The Five S’s”, or a framework of five basic areas in which parents must invest to raise their children-Safety, Stimulation, Support, Structure, and Surveillance. Parents can invest in these areas in a variety of ways, such as by seeking prenatal care and ending use of alcohol and tobacco during pregnancy, reading and talking to young children, and providing emotional soothing and encouragement. Modeling and advocacy, as well as knowing a child’s whereabouts and friends fit into this framework too. In Kalil and DeLeire’s next chapter, the authors discuss the contribution that genetics and temperament make as well to child outcomes, which is consistent with more modern, and more complete, conceptualizations of family functioning. Both chapters also include a thoughtful discussion of the complications inherent in conducting and interpreting research into family and child outcomes, including multiple and equally effective paths to the same outcome, the interaction between parent and child based on their respective temperaments, and the role that temperament plays in choosing environments.

In the next two chapters, Kalil and DeLeire present detailed reports by authors of large, multigenerational studies of parental resources. These studies include a range of variables related to a “family culture” that is focused on child development. These authors investigate the impact of this culture on child verbal abilities, education, income, and health. These two studies show a range of resources available to families beyond the economic ones initially considered by many people.

Differences in Parenting in Majority and Minority Families

Kalil and DeLeire continue with four chapters focusing on parental investment strategies. Two chapters examine parent-type and gender by focusing on different spending patterns in single-parent, divorced, and married two-parent families, and by examining different spending patterns in the parents of boys versus the parents of girls. Two chapters focus specifically on minority families. One is a well-presented chapter in which the authors discuss the demands and tradeoffs faced by parents of developmentally challenged children. They consider how parents decide to invest their various resources among ten discreet domains of demands. They also expand upon the family’s need to re-evaluate these investment strategies as time goes by, when the family situation changes, and to balance the needs of all the children in the family. “Stressors” are conceptualized as costs that consume limited family resources. “Poor motivation” is recognized as a potential trade-off between competing demands. “Low compliance with services” is recast as a possible result of increased “resource needs”, or the new costs associated with a new resource (e.g., time lost to attend a parenting support group).

In another excellent chapter, the authors spell out how judgments about investment strategies and payoff for immigrant families are often very different from those of majority families. They highlight how immigrant parents invest their resources to come to the United States, to raise their children in a socially unfamiliar environment, and to support family in other countries in many cases. This also holds for their adult children as well, who often see the return on their parents’ investment as including their own obligation to provide financial assistance for the whole family. These authors also discuss how these expectations come into conflict, as assumptions about gender roles, professional status, and “culturally expected” behavior change as family members adapt to US culture.

In closing, Kalil and DeLeire present two detailed chapters. One reviews the literature on the effectiveness of parent-based versus child-based interventions. The other takes a cross-national perspective on the investment strategies adopted by countries. Both include a thoughtful review of the research and statistics, as well as some discussion of the differing views on such interventions and programs that are sometimes overlooked. One benefit of Kalil and DeLeire’s economic approach is that it is scalable. The family involved in a treatment program faces a variety of demands that determine their investment strategy, including cost, time, and outcome. Their view of the best strategy may not coincide with that of the researcher. Similarly, the researcher’s view of what makes for an effective community program may not coincide with that of the politician or administrator, who, similarly, is concerned with an investment strategy that must take into account available funding, staffing, and the ultimate savings, in whatever form they may come to the community (ie., lower crime rates or better child health).

Overall, consistent with Kalil and DeLeire’s goals, the book is a good read. The one shortcoming of the book is the absence of an afterword by the editors offering final conclusions and recommendations for future work that could help the reader unfamiliar with an economic approach. Nonetheless, the collection is a wide-ranged review, both of resources as well as investment strategies, applicable to modern families and useful to the professionals who work with them.