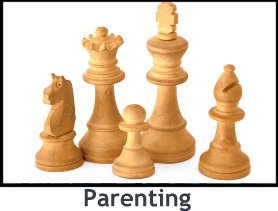 The Influence of Parenting Style on Adolescent Competence and Substance Use
Article by Baumrind (1991) Journal of Early Adolescence 11(1) p. 56-95.
Review by Richard Niolon

Initially, Baumrind proposed three kinds of parents. Maccoby and Martin in the 1980s proposed a revised model, and Baumrind supported this. This is the model most people think of when they remember Baumrind. Based on their work, two factors or dimensions of parenting emerged:

Keep in mind that much of Baumrind’s original research was based on white middle class families. As a result, some of her work has been criticized for being culturally insensitive or inappropriate when applied to ethnic and to lower SES families. Some of these criticisms, however, are based on her earliest work and do not reflect her updated work in 1991. Her 1991 work was based on a longitudinal study of 139 children and their families at ages 4, 9, and 15 years old. She obtained ratings of the children/adolescents from teachers, parents, and the adolescents themselves. She also allowed for more than “high” or “low” scores on the two dimensions of parenting, and as a result found seven kinds of parents. There were the original four above, plus three more, all of which are described below: