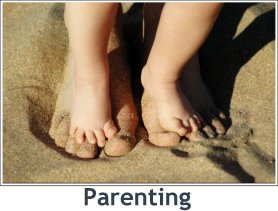 Some parents and adults are hesitant to turn to medication. There are several things to try before trying medication if you are one of these parents or adults. However, even after medication, the following suggestions may still help.

Tips for Teachers with ADHD Children

Tips for Parents with ADHD Children

How Can Medication Help?

Some parents report benefits from these kinds of responses, and don’t follow up with medications. However, sometimes medication is a part of the total solution for a child. Garber, Garber, and Spizman do a good job of discussing what medication can do:

However, there are several things that medication can not do:

Garber, Garber, and Spizman discuss across several chapters the ways that the parent can compensate for the problems medication will not address, including guiding principles to keep in mind to aid in academic and social development. They also discuss Self-Monitoring Skills, relaxation training, and use of imagery, and give good details to aid in learning/teaching these skills. They discuss the data on other options, like control of diet, limited intake of sugar, and vitamin and amino acid treatments.

Final Points for Parents – The future with an ADHD child

Ingersoll also discusses something I have seen in few books about ADHD. She discusses the impact of the child’s behavior on the parents as a couple. Both are likely to feel like failures to each other and society, but family pressures to do things differently, become more or less strict, use more or less discipline… can be stressful. Some parents blame each other (e.g., “He doesn’t act that way with me. What are you doing wrong?”).

Children do behavior differently with different adults, and males may have fewer discipline problems as they may tolerate less acting out and respond sooner to problems, and their greater size may intimidate some children. Likewise, sometimes stressed parents have less attention and sometimes less patience for the non-ADHD siblings, leading to resentments (e.g., “You knew that would start a fight with your brother so why didn’t you just let him have it?”), guilt (e.g., “After wrestling with Tommy, I just am too tired to do anything with his sister. I’m a horrible mother”), and more anger (e.g., “He gets all the attention and I get nothing!”). The drain of raising an ADHD child can take its toll on marital intimacy, time alone for the couple, and pleasant interactions as a family can be significant.

Ingersoll includes a chapter on this as well as ways for the parent to cope more effectively on a personal level, as well as help siblings get along with their ADHD brother or sister.

There is some hope though: