ADHD – What you can do in addition to medication

ADHD – What you can do in addition to medication 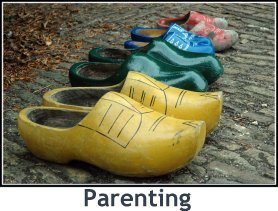 What do we know about ADHD across the lifespan?

ADHD or ADD can look very different at different points across the life span:

Adults are a special case covered in the next paper, ADHD and Adults

What are the common symptoms of ADHD?

Several authors describe the key symptoms of ADHD in both children and adults:

Which causes of ADHD are supported by evidence, and which are myths?

Bad Parenting: There is little evidence to support this, as ADHD children show problems early in life, across numerous situations, and with numerous adults. Difficult pregnancies, childhood illnesses, learning problems, and various physical and neurological differences are common. Parents may well respond to ADHD children differently, due to their greater negativity and disobedience, and may show more efforts to control and negatively monitor an ADHD child. However, while bad parenting does not cause ADHD, it may exacerbate the impairment it causes.

Sugar and Additives: There is little replicated evidence that ADHD is due to sugar intake, food dyes and additives in food, and allergies. There is more evidence to support some genetic predisposition, with siblings having higher rates of ADHD when one is diagnosed, whether they are raised together or apart by different parents. Other psychiatric issues (like depression, alcoholism, and anti-social behaviors) are also more common in biological relatives of children with ADHD.

Many other ideas have gained some popularity in the past, like carbohydrate intake, viruses, low birth weight (LBW is seen in 22-34% of ADHD kids, but only 8% normal kids), cigarette smoking in pregnant mothers (22% of ADHD children had mothers who smoked a pack a day during pregnancy, versus 8% of normals)…. Bradley and Golden (2001), after a detailed review of the published literature, concluded that there was some limited data on dietary substances, toxins, and allergies, little of it has been replicated. Most ADHD children probably won’t be helped by diet changes. Of course, this is not to say that you can ignore your child’s allergies, that children are never more active after eating a lot of candy, or that bad parenting makes no difference. Rather, these are not adequate explanations for what causes ADHD.

Sudderth and Kandel make a point to discredit Social Construction theory, proposed by some who argue that ADHD is an “excuse” for lazy people and marks poor motivation and willingness to work. They cite one author who claims ADHD is a covert way to support special education and explain away educational deficits of minority children. They offer that this subtle “irrelevant racial slant” has little research to support it, and encourage that ADHD be taken seriously.

Several theories supported by research for what does cause ADHD include:

Catecholamine theory: Catecholamines are a subgroup of neurotransmitters that include Dopamine, Serotonin, and Norepinephrine. These chemicals carry messages from one neuron in your brain to another one. It is thought, and some studies clearly support, that when a person has ADHD, they have too little of a neurotransmitter called Dopamine. Drugs like Ritalin help your body reuse Dopamine, and thus may help mitigate the effects of the disorder. Other theorists point to a problem with too much of the neurotransmitter norepinephrine, which results in the brain being “keyed up,” as if a chemical messenger is constantly sending the brain the message to be ready for anything.

Frontal Lobe Functioning: There are many documented cases of an adult who suffered damage to the prefrontal cortex (the very, very front of your brain) and then began to show symptoms like those seen in ADHD clients. This theory holds that a difference in the prefrontal lobes from birth (rather than damage to the area suffered later) results in poorer planning skills, impaired processing of information, and the apparent inability to “think before you act” commonly seen in ADHD people. Anatomical differences, changes in the individual’s ability to use sugar to power neurons, and unusual blood flow to the brain have all been seen in ADHD clients.

For more information, see Biological Contributions to the Presentation and Understanding of Attention-Deficit/Hyperactivity Disorder: A Review 2001, by Bradley and Golden, published in Clinical Psychology Review, volume 21, issue 6, pages 907-929.

There are many myths about ADHD and Ritalin including:

These myths are discussed below briefly, but Garber and colleagues, and Ingersoll all discuss these points in greater details:

Adult ADD: The Complete Handbook (Everything You Need to Know About How to Cope and Live Well With ADD/ADHD) by David, Md. Sudderth, Joseph, Md Kandel

Your Hyperactive Child: A Parent’s Guide to Coping With Attention Deficit Disorder by Barbara Ph.D. Ingersoll